Yogurt is delicious and thought to be healthy with live probiotic cultures that improve our gut microbiome and immune response.  However, these bacterial cultures generate hydrogen peroxide.  This is the principal compound of oxidative stress.  Let’s learn more about how yogurt generates oxidative stress and the potential health implications.

Streptococcus is a diverse genus that plays a role in disease and food production.  Members of this genus generate high levels of hydrogen peroxide.  This is the principal compound associated with oxidative stress, which deserves our attention. The table below summarizes what is known about hydrogen peroxide production by different Streptococcus species.

The processing of dairy products often uses one or more probiotic strains for fermentation.  Cheese producers use Lactococcus strains to ferment pasteurized milk.  However, cheese products do not purport to have live cultures.  So the risk of any hydrogen peroxide generating bacteria is negligible.  However, most commercial yogurt products have live cultures.  Since 1981, United States Federal law dictates that yogurt must contain both S. thermophilus and L.d. bulgaricus.  Both strains are generally recognized as safe (GRAS).  The generation of hydrogen peroxide reduces bacterial contamination of yogurt, which is an advantage for yogurt producers.  However, they may not be safe to consume, if you suffer from oxidative stress.  Oxidative stress is a new concern with regards to human health.

About 2/3 of adult Americans have Blood Oxidative Stress or BLOS.  For BLOS, a large fraction of the White Blood Cells and platelets produce high rates of Reactive Oxygen Species (ROS), such as hydrogen peroxide.  BLOS isn’t normal and the Western Diet is thought to be the primary cause of BLOS.  Higher BLOS levels may be the cause of several chronic diseases including Type 2 Diabetes and Cardiovascular Disease.  Reactive Oxygen Species (ROS) is a group of compounds associated with Oxidative Stress.  These ROS molecules alter expression profiles (enzyme production) and damage DNA.  The most common ROS molecule is hydrogen peroxide.  The figure below describes how BLOS affects the entire human body.

Liver, Heart, and Lungs At Risk

The pancreas may be at risk from Yogurt Oxidative Stress, as shown in the figure below.  Hydrogen Peroxide generated by yogurt bacteria in the small intestine diffuses into the blood system.  The Superior Mesenteric Vein collects and transports blood enriched with hydrogen peroxide to the liver.  However, the Portal Vein passes  by the Head of the Pancreas.  The most common region (65%) of the Pancreas for Cancer is the Head.  Long-term exposure to Oxidative Stress via the Portal Vein may be the culprit.  Hydrogen peroxide diffusing into the Pancreas may inhibit insulin production causing Pre-Diabetes or Type 2 Diabetes.

How Do You Measure Yogurt Oxidative Stress?

Yogurt manufacturers tout their product as healthy citing their probiotics.  The required bacterial cultures, S. thermophilus and L.d. bulgaricus, are touted as probiotics, but there are some concerns beyond oxidative stress.  S. thermophilus is being promoted as a potential probiotic.  L.d. bulgaricus has a much better survival rate in the gut compared to S. thermophilus, which should be of more concern.  The hydrogen peroxide generation rate of both yogurt strains is unknown.  However, it warrants investigation by food scientists, yogurt producers, and regulators.

Out Of Sight And Out Of Mind

Should We Consume Yogurt After Antibiotics?

Doctors recommend yogurt to help replace healthy bacteria in the gut after taking antibiotics.  Does this make sense?  Antibiotics clear out bacteria in the gut, so yogurt bacteria have little to no competition.  This increases abundance, which means more yogurt oxidative stress in the short-term.  Maybe we should consider safe probiotic supplements instead.  Or maybe yogurt producers could develop a safer product?

If you are a curious about BLOS and want to learn more, then my eBook, “Let’s Hack Oxidative Stress” may interest you.  In my eBook, I provide more details on my simple strategy for using three lifestyle choices to reduce your Oxidative Stress and improve your health.  I have a collection of eBooks and Paperback Versions that describe general and custom Health Hacks.  The rest of the items needed for your Hack are available through Amazon or your local stores.  However, there is a simpler way to gather up all of the products for  your Hack: Buy an Oxidative Stress Hack Kit from my Store!

We will continue to provide thought provoking Blog Posts on health related issues caused by BLOS.  Consider subscribing to my blog and sharing posts with your family and friends that may suffer from BLOS.  Also check out the new Glixin YouTube Channel.  I’ll be posting new videos related to the Glixin Blog.  Keep BLOS out of your Health Blind Spot by learning how to use make better Lifestyle Choices.

As always, read my disclaimer and always consult with your physician before making any changes in your diet or fitness regime.

Click on the image below to download our Free Report on the Best Vitamin C Supplement for fighting Oxidative Stress. 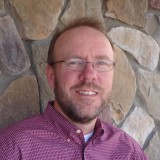 One reply on “Does Yogurt Generate Oxidative Stress?”

[…] cultures in yogurt generate hydrogen peroxided, which could be a source of oxidative stress entering your blood […]